If you are a vegetarian and visiting NYC, you’re in luck! We have shortlisted our top 5 picks that can satisfy your plant-based and flavorful cravings


Growing up in a family that encouraged practicing vegetarianism, food options became a bit limited when we visited New York every year during school vacations. The most we could get was falafel with a ton of restrictions and then at times, we would just settle for New York-style pizza and fries from Chick-fil-A. Not that those were bad options but we would also want more options.

However, in the past ten years, NYC has added a ton of diversity-related to food options as more and more people are turning to vegetarianism and veganism. From Thai, Sushi to tasty Salads, there are more restaurants I can think of that make me want to come back for a second or third round.

Trying a new restaurant can be somewhat scary since you don't know if you are going to like the food or not. Here are some of the best vegetarian restaurants in New York City that we have tried a few times that we think you must try as well: 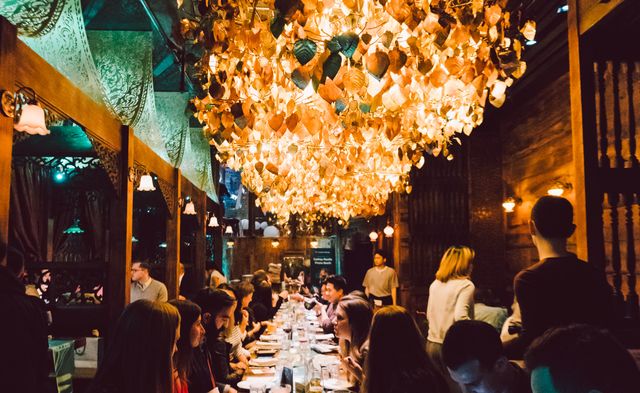 Originally from Mumbai, I only swore by the Thai food that I was exposed to over there. When I first visited Thai Villa with my wife, “Wow!, Chic, Classy, Great ambiance” was my reaction. When you enter, you are greeted by a Buddha statue waterfall.

We were taken to our table and our server immediately greeted us and provided us with menus and some all-time favorite options. We let her know that we are vegetarian and don't eat any seafood or meat. We ordered Tom Yum Soup, Drunken Noodles (Pad Kee Mao), Penang Curry & Spicy Thai Basil Rice. Our server mentioned that some of the items would come with fish oil. Like innocent individuals, we “Googled” what that meant, and what we learned is that fish oil is essentially another way of saying omega-3 fatty acids. As we all know, omega-3 fatty acids are essential nutrients needed by our bodies. We texted a few of our friends asking for confirmation upon getting a similar answer like that from Google, we convinced ourselves that fish oil was “ok” to eat and we placed our order. The food arrived in no time and it not only looked delicious but it genuinely was out of the world. We made sure to let our server know of our spice levels (medium spicy) beforehand. Hands down, this has been the best Thai food I have ever eaten. Delicious, flavorful, and mouth-watering is all we could say. We have been here quite a few times now and have also brought our family and friends here. 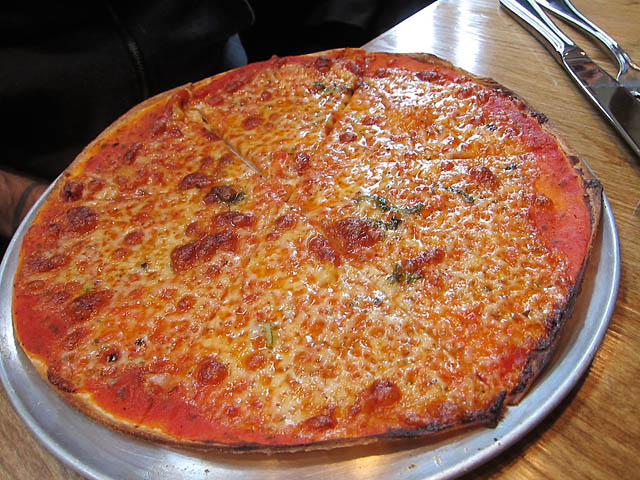 Before we got to know about Tappo, we always went to Vezzo to eat thin crust pizza. Due to a fire break, Vezzo had shut down during the year 2020 and we were told to visit their sister place, Tappo. Thin crust pizza has always been a thing for us and we swore by Vezzo. However, our experience at Tappo kept up to that of its parent brand name and we are now Tappo lovers too. I think thin crust pizza is best because you can fold it in half and it doesn't get all floppy and wet when you eat it that way. At least, it does for Tappo's thin crust pizza! Tappo has a whole menu of thin-crust pizzas. I am a sucker for the plain cheese (specify well done) pizza but a lot of folks say the El Greco is also delicious. They also have a lot of salads and appetizers, but we usually just order two plain cheese pizzas (there is a Margherita but that is different) if we are a party of four. 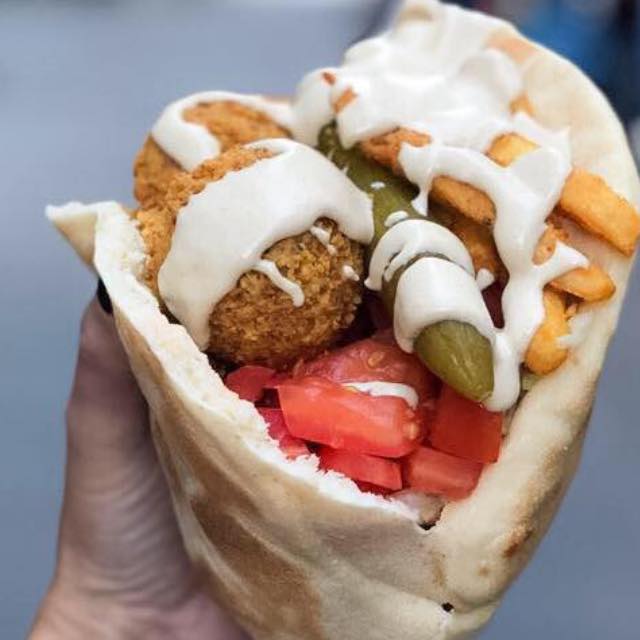 When I was a kid and visited New York City every year, I would ask my Dad to take me to this falafel cart place as it was right under his office building on 46th street and 6th ave. The guy who assembled the falafel would always offer me the falafel “balls” and I would without any hesitation take up his offer as I relished them. Don’t even get me started on their tahini sauce because I can go on and on convincing you all on how tasty it is. Believe it or not, as a teenager, I would order a “Whole Falafel” that would consist of pita bread, lettuce, tomatoes, falafel balls, tahini, and red sauce. I would set aside an hour for lunch just so I could enjoy this meal and dream that it never ended. Back in the days, I paid less than $5 bucks for a whole falafel but in recent years, it costs close to $8 bucks for one. Nonetheless, I think it is worth it. 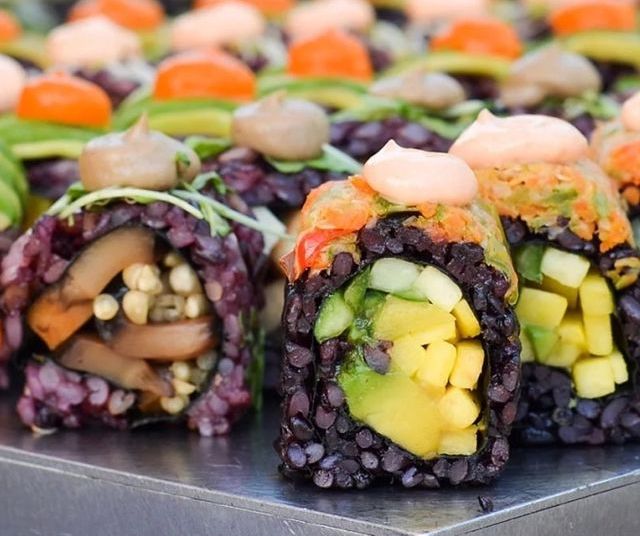 Vegetarian or Vegan sushi, is this something anyone has heard off? If I had to explain this concept to restaurants in the early 2000s, they would look at me as if I were talking a whole different language. Beyond Sushi however made this not only possible, but it is the only place that I crave for their Sushi. Visiting the central park and brainstorming a place to eat Sushi? Without overthinking and scrolling through all those options on Yelp, I suggest you stroll by their 56th street location. The Spicy mang is the one we order and let me tell you, sometimes, my wife and I refuse to share and we end up calling for two of these. 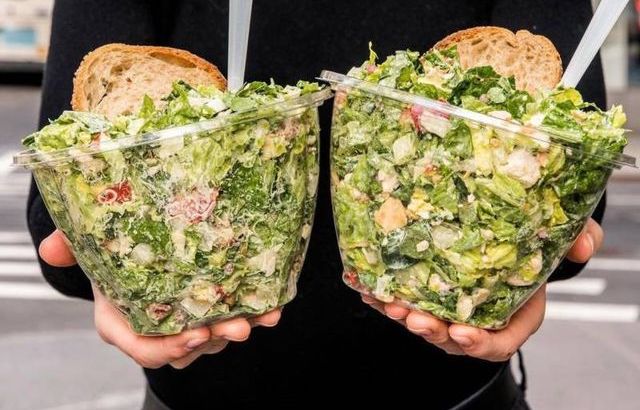 Now if you are a heavy eater and not fond of salads that seem to be leafy and bland, let me introduce you to Chopt. Chopt turns your boring salads into tasty meals that leave you craving for more. With a wide variety of leafy greens, veggies, chickpeas, cheeses, other toppings, and several dressings, this is one salad place that I put on the top of my list. More so, they finely chop all the ingredients and toss the salad a few times till everything is mixed before packing it in a container and tendering you out. 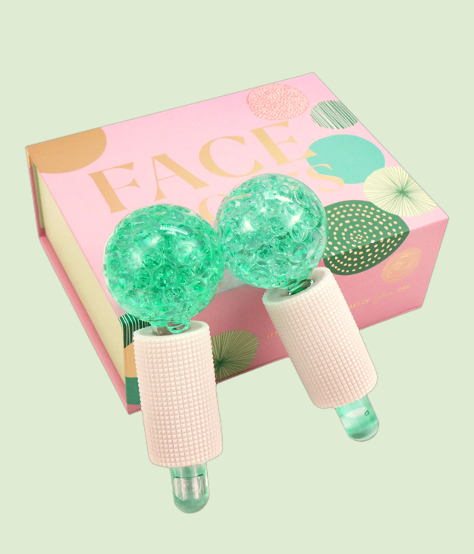 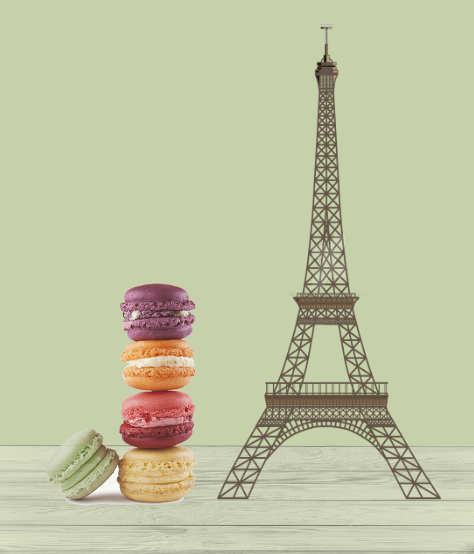 From Paris the city of love 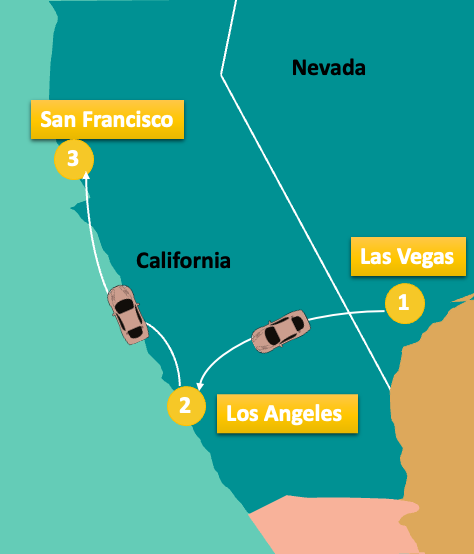 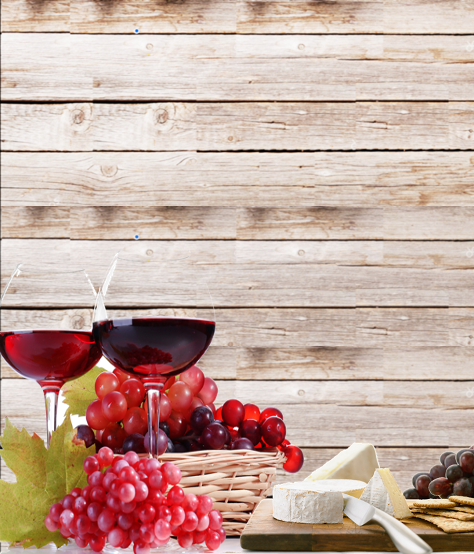 So you want to start drinking red wine but you don't know where to begin. If you're a … 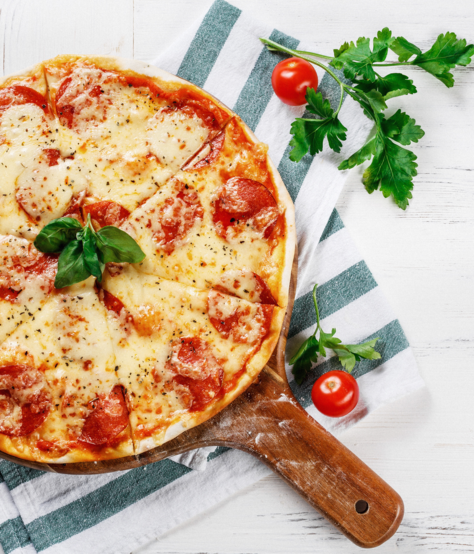 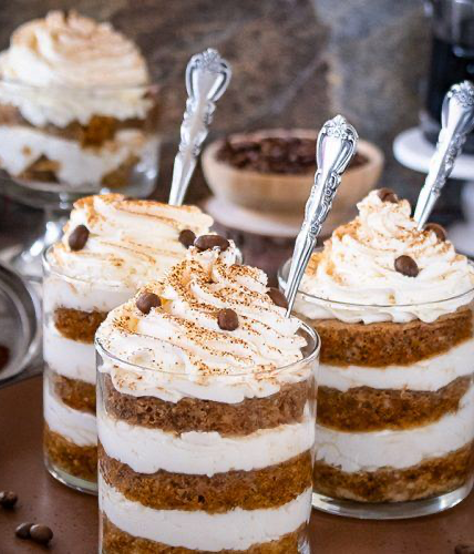 Recipe to your tiramisu shots

For those that aren’t extremely familiar with Tiramisu, it is the Italian word for "pick-me-up" and it's no … 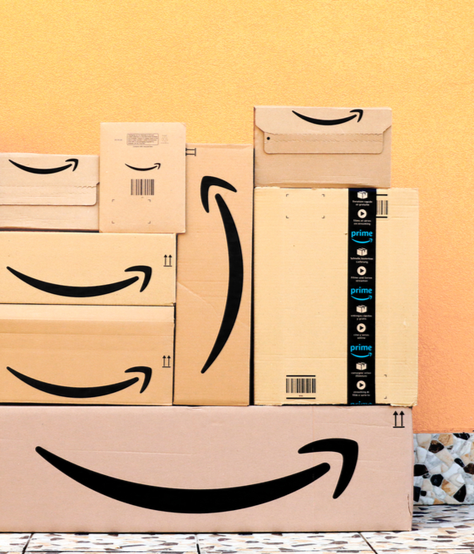 Looking to stock up on some home supplies, travel essentials or products needed for your daily use? You ...